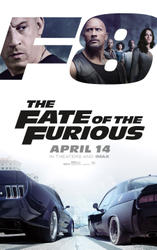 “In the eighth installment of the Fast and the Furious series, Dominic Toretto’s crew are rocked to their core when they must face their most dangerous adversary yet: Dom himself (Vin Diesel), who is now working with a shadowy cyber-terrorist known only as Cipher (Charlize Theron). As DSS agent Luke Hobbs (Dwayne Johnson) and the rest of the team attempt to fight back, they find themselves in an alliance…”

These films are massively popular at the box office and raking in the cash.  People love action flicks with cool cars and great looking men and women with big time action.  Unfortunately, they keep getting so over-the-top ridiculous that although they are fun to watch, they are extremely far-fetched.  People driving cars at 100 or 200 mph and jumping out of them without getting a scratch is really difficult to watch. 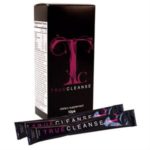 The cars are amazing and they crash and blow-up a bunch of them in this movie.  One part of the movie that is interesting is when the villain played by Charlize Theron uses a computer system to take control of vehicles and drive them.  She is able to cause vehicles to crash into each other, which is fascinating.

I liked it and Becky didn’t think it was worth the price of admission.