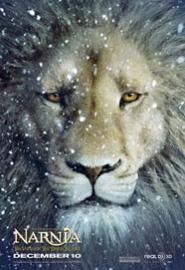 “Upon returning to Narnia to join Prince Caspian for a voyage on the majestic royal vessel known as The Dawn Treader, Lucy, Edmund, and their cousin Eustace encounter merfolk, dragons, dwarves, and a wandering band of lost warriors. As the edge of the world draws near, their remarkable adventure at sea sails toward an exciting, yet uncertain, conclusion…”

The Review
The Chronicles of Narnia series is an interesting fantasy movie. Many Christians love these movies because of the Christian undertones with the lion representing Jesus in this fantasy world and since it was written by C.S. Lewis. It just doesn’t do it for me. I don’t see any difference between magic in these films and the Harry Potter series for example where they battle good and evil.

The original, The Lion, The Witch and the Wardrobe was very well done, but the sequels have not been nearly as good. They are entertaining, but I think the characters in the movie are just not very exciting to watch. The story is fun, the special effects are good, but the acting and the directing is pretty lame.

In this installment there are only two main characters in the film with a new child, their cousin that is introduced and they seem to be a bit too clueless throughout the movie. In fairness, our kids enjoyed this last movie and thought it was really exciting and fun to watch. Becky and I found it boring. She almost fell asleep and I was not far behind her. Unless you’re going to bring some children with you, you might want to wait for this one to come out as a rental.