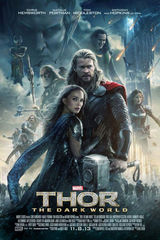 Becky and I went to see a the new Thor movie a few weeks ago at the AMC Theaters in Highlands Ranch, CO with our kids.  The Fandango website at Thor: The Dark World describes the movie as follows…

‘‘Marvel’s “Thor: The Dark World” continues the big-screen adventures of Thor, the Mighty Avenger, as he battles to save Earth and all the Nine Realms from a shadowy enemy that predates the universe itself. In the aftermath of Marvel’s “Thor” and “Marvel’s The Avengers,” Thor fights to restore order across the cosmos…but an ancient race led by the vengeful Malekith returns to plunge the universe back into darkness. Faced with an enemy that even Odin and Asgard cannot withstand, Thor must embark on his most perilous and personal journey yet, one that will reunite him with Jane Foster and force him to sacrifice everything to save us all…”

The Review:  This latest installment of Thor keeps many of the previous characters as the last one, including Thor of course and his evil brother, Thor’s mortal love interest played by Natalie Portman and a number of other previous actors that were in the first movie.  This time around, the evil villain is much more powerful and darker with a plan to destroy planet Earth, along with the Universe and plummet everything into total darkness.  The problem though is that the evil characters are 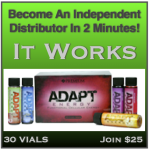 much more powerful than Thor or his fellow ancient gods of Asgard.

This was the real problem with this movie is that Thor is supposedly the god of Thunder and yet he gets his butt kicked by the Dark Lord in this film.  However, this is the challenge with most Marvel super hero movies.  The super hero is powerful, but the bad guy is usually more powerful until the very end and then as our son Corban put it, “The Marvel super hero gives the guy a one hit and kills him.”.  The story wasn’t bad and the characters are pretty fun, but these films always end the same and the bad guys are always stronger, but seem to get defeated easily by the end of the movie.  They are way too predictable, which takes away most of the excitement of the movie.

If you’re a big Marvel comic book and Thor fan than you’ll probably really like this movie.  If you’re not a super hero fan, you will probably like parts of the movie, but more than likely be bored.  I think we were more bored by this movie than we expected.  We didn’t dislike the movie, but it wasn’t that much different than the first movie, which made it a little too boring for us.  Some of the other super hero films are much better than these Thor movies.  We would suggest saving your money and waiting for the rental.