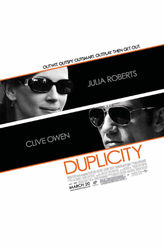 Becky and I went to see Yes Man on Friday at the AMC theater in Highlands Ranch, CO.  The Yahoo movie website at Yes Man Candy dvdrip describes the movie as follows.

“A man signs up for a self-help program based on one simple principle: say yes to everything… and anything. At first, unleashing the power of “yes” transforms his life in amazing and unexpected ways, but he soon discovers that opening up his life to endless possibilities can have its drawbacks…”

The Review
Yes Man is another strange Jim Carrey film that is almost the same movie as Liar, Liar where he could only tell the truth. In this film, his character goes to a self-help seminar and now he can only say Yes to everything.

There are some very funny parts in the film and you actually start to really like the movie along with his bizarre girlfriend as it starts to shape up as a fun romantic comedy. Unfortunately, it then takes a very sour turn with a few parts that are nothing less than over-the-top crude sexual humor with him getting intimate with some old lady. It’s ridiculous and really wrecked the movie the way that they did it.

Yes Man Arabian Adventure move is definitely funny, so don’t get me wrong. I’m just amazed that they would make a PG-13 movie with crude sexual scenes and they used the “F” word at least once in the film. They don’t have to do that, so the Director is a moron. It should have been rated R. They should know that people are paying to see a movie that they may be bringing their kids to without having to be put in an uncomfortable position.

It’s also just too much like Liar, Liar and his other goofy films, so we would suggest waiting for the rental or don’t bother. 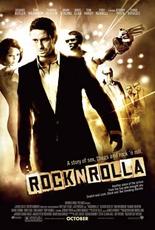 Becky and I went to see RocknRolla this weekend at the AMC theaters in Highlands Ranch, CO. The Fandango movie website at RocknRolla

“When a Russian mobster orchestrates a crooked land deal, millions of dollars are up for grabs, and all of London’s criminal underworld wants in on the action. Everyone from a dangerous crime lord to a sexy accountant, a corrupt politician and down-on-their-luck petty thieves conspire, collude and collide with one another in an effort to get rich quick…”

Home Alone 2: Lost in New York hd is the new Guy Ritchie film that falls into the genre of Action Comedy, Caper and Crime. It’s not very funny by any stretch. The language is rough and there is more than one disturbing situation because of the fact that it deals with mobsters and a wild bunch of criminals. With a name like RocknRolla and Rock and Roll being known for sex and drugs, I guess the expectation of this movie is in the title itself only add some violence.

There were parts of this movie that I thought were done very well and actually liked, but other parts that I disliked. Becky would agree, but I don’t think she liked much about RocknRolla at all.

It’s too violent at times and the language is definitely European. I say that because so few movies I’ve seen done in Europe do not have bad language. From watching most European movies like this one, you would swear that the people who in invented the English language know longer know how to use it. However, it is a gangster movie and there are some violent scenes in this one.

This movie is definitely a mixed bag. You will have some people who will really like it and others who will hate it. I don’t think there will be many who are in between. I liked it enough to recommend it to a certain audience because this movie is not for just anyone. If you side with Becky most of the time be sure and take her advice. If you side with me on most of the films we go see than you might like this one.

John is an auto consultant with JFR & Associates in Denver, Colorado. He can help you save time and money on any make or model, new or used, lease or purchase – nationwide! Call or email John about your next vehicle! jboyd@coolcarguy.com A Bronx Tale the movie