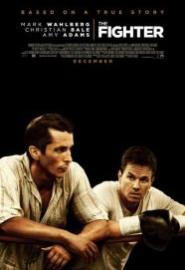 Becky and I went to see The Fighter over Christmas week at the AMC Theaters in Highlands Ranch, CO. The MovieFone website at The Fighter describes the movie as follows:

“‘Mark Wahlberg stars in Paramount Pictures’ inspirational docudrama exploring the remarkable rise of Massachusetts-born, junior welterweight title winner “Irish” Micky Ward. A determined pugilist whose career in the ring was shepherded by his loyal half-brother, Dicky (Christian Bale) — a hard-living boxer-turned-trainer whose own career in the ring was nearly sent down for the count due to drugs and crime — perennial underdog Irish Micky rebounded from a disheartening series of defeats to win both the WBU Intercontinental Lightweight title and the WBU Light Welterweight title thanks to a fierce combination of determination and hard work. David O. Russell directs from a script by 8 Mile’s Scott Silver and Paul Attanasio (The Bourne Ultimatum)…”

The Review
The Fighter is a great true story about a professional fighter who is living in the shadow of his older brother, who is now a washed out former contender and drug addict. The film is amazing and it has plenty of heart about this boxer who is facing tremendous personal challenges while trying to not get sucked into the web of his brother’s destructive lifestyle.

As the story moves on Micky Ward meets a woman and then goes on a mission to become a World Champion prize fighter and break free from his brother and family’s control of his life. The Fighter has plenty of emotion and action. It’s very intense at times as you watch the struggles of the man in dealing with his family and friends.

The acting is great, the characters are entertaining and engaging and this movie should also be up from some Oscar nominations because they are played so well. It’s a great flick and we both loved it! I heard that Mark Wahlberg trained for years to become a boxer in order to play this role. It showed in the film.