“‘On a fall night in 2003, Harvard undergrad and computer programming genius Mark Zuckerberg sits down at his computer and heatedly begins working on a new idea. In a fury of blogging and programming, what begins in his dorm room soon becomes a global social network and a revolution in communication. A mere six years and 500 million friends later, Mark Zuckerberg is the youngest billionaire in history… but for this entrepreneur, success leads to both personal and legal complications…”

The Review
The Social Network is a very entertaining drama about how the website Facebook got started by some students at Harvard University and the battles that ensued about who started the multi-billion dollar business. The characters are interesting with the super smart geeks, gifted jocks, and the famous California party animals.

The film shows how easy it is for people to get lost in the spell and allure of greed and power, as well as how easy it is for people to forget their friends and where they came from when power and money are involved. It’s also interesting that all the characters were brilliant having been accepted into Harvard, but Zuckerberg dropped out like many other successful moguls.

The acting was great, the story was very well done and it was really cool how the story was shown from three different perspectives while allowing the viewer to draw their own conclusion about who was right or wrong. I thought the character Sean Parker, played by Justin Timberlake, was fascinating and it was wild how he landed his equity in the company. The character was enamored with the success of his Napster website and put himself right in the middle of Facebook, while offering very little real value and creating a major division between the main characters.

Having personally gone through a number of start-up ventures I could definitely relate to many of the situations in this movie. The character Eduardo Saverin really got the shaft in my opinion, even if he owns 5% of the company today and is a billionaire, he was integral in helping Zuckerberg launch the company and shouldn’t have had to sue his friend and the company to reclaim his equity in the business.

Becky and I both thought it was extremely well done and a great movie that will be enjoyed if you’re a Facebook user. You should find it entertaining, especially if you are a business owner or Entrepreneur.

Sponsored By: Looking for a great income opportunity with an awesome product? Click here! 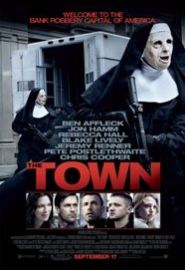 “Emerging from a lengthy prison stint, Gordon Gekko finds himself on the outside of a world he once dominated. Looking to repair his damaged relationship with his daughter, Gekko forms an alliance with her fiance Jacob, and Jacob begins to see him as a father figure. But Jacob learns the hard way that Gekko — still a master manipulator and player — is after something very different from redemption…”

The Review
Wall Street: Money Never Sleeps is a pretty good Oliver Stone flick that has been filling theaters around the country with over $19 million in sales at the box office within the week. The acting is great, it’s Directed fairly well, but it gets a bit long at times and I think the story was a little weaker than the first one.  You didn’t really get emotionally attached to any of the characters and Gordon Gecko apparently got a heart while he was in prison.  I’m not sure that’s too believable for this Pit Bull of Wall Street. The guy was ruthless in the first movie and the common rule is that a leopard doesn’t lose its spots, especially when it comes to money and I’ve worked with enough Gordon Gecko’s in the past to know this first hand.  You see a little bit of this in the film, but time, age and experience has apparently softened him just a little in the second installment.

Don’t get me wrong, he’s still pretty ruthless in how deals with a number of people in the movie.  There are some interesting characters in the film, including a cameo by Charlie Sheen, which was done pretty well. The story tried to do too much though with the Wall Street bailouts and trying to educate the viewers on what happened in 2008 with the crash of the markets and the billions of dollars in bank bailouts. The media is definitely controlling much of the information the public is getting about the true state of the Economy I might add.  I did some research on bank closures for 2010 and there have been 140 banks that have closed this year, twice the number that failed in 2009, according to an article at Daily Finance.  Needless to say, Wall Street: Money Never Sleeps is relevant for today’s economic climate, which is one of the reasons why it was so popular the first go around.  It should be again.  In the 1980’s corporate takeovers with massive layoffs were common ways for Wall Street executives to make millions.  It still happens today, but it was much more common practice during the first Wall Street film.

This story adds his daughter into the equation, her fiance’ who’s quite a bit like her father and some other people who helped put Gordon behind bars that he would like to exact revenge on.  It makes for a good movie and Micheal Douglas is great in the movie, along with Josh Brolin and the other lead characters.  It was worth the price of admission.  We both liked it, but we can’t give it a Don’t Miss It since it was a little too long and drawn out, which is pretty much the norm for an Oliver Stone film.

Sponsored By: Looking for a great income opportunity with an awesome product? Click here!