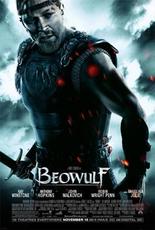 I went to see Beowulf at the AMC theaters in Highlands Ranch, Colorado last night. The Fandango website at Beowulf describes the movie as follows:

“The ninth century Old English epic poem chronicles the exploits of Beowulf (Ray Winstone), a Scandinavian hero who saves the Danes from the indomitable monster Grendel and later, Grendel’s mother, who begins killing out of revenge.”

The Review
Beowulf is an animated epic adventure that is amazingly real to life. After about 10 minutes you forget that you’re watching an animated film. It’s very well done. It’s not a kid’s film though as it’s extremely violent and has a number of sexual situations.

The characters are really cool and if you’re not into fantasy don’t bother seeing this one. Becky didn’t want to see it, but I really like fantasy flicks when they are done well. A buddy of mine called me and told me to go and see it. I was going to pass, but I’m glad I went to it.

If you like fantasy films like Lord of the Rings and other adventure type films you should like Beowulf. Otherwise you will want to wait for the rental or skip it all together.