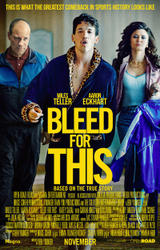 “This sports drama tells the true comeback story of world-champion boxer Vinny “the Pazmanian Devil” Pazienza (Miles Teller). After a horrific car accident, Pazienza is told by his doctors that he might never walk again. Defying their orders, he continues to train as a boxer, returning to the ring and fighting to reclaim his belt only a year later…”

The Review:  Bleed For This is the true story about a boxer who fought for everything that he had and overcame amazing obstacles. Considered a mediocre boxer he had to constantly defend his reputation as a boxer among his critics and promoters. 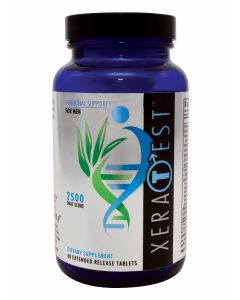 The character is similar to a real life Rocky Balboa.  All this man knew was boxing and he had the heart of a champion.

The film does a great job of taking the viewer through his life as a boxer, both the ups and downs  His family is very supportive and when tragedy struck him down he had to get back up and decide if he was going to stay down.  After being in a serious car accident his life as a boxer was over, but he fought back and this movie tells his story.

The acting and the story is great.  The movie is really well done and Becky and I both liked it.