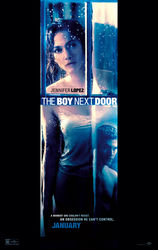 The Review: We went to see this new Jennifer Lopez flick with our friends Mark and Maria at this AMC Theater in Littleton on Friday and the seats were pretty amazing.  You could recline them like a lazy boy and put your feat up, which was super cool.  The movie though was not so cool.

Jennifer Lopez gets it on with a young “boy toy” next door, who was supposed to be a distraught teenager that is in her classroom and he looked like he was about 21 years of age.  Probably, so that she could have this incredibly racy sex scene with an adult posing as a minor, but that wasn’t the real problem.  The real problem was this movie was not very good.  It was whacky.  The police never showed up during the film when they would have arrested this kid numerous times the way that our schools are in lock down today.  It was way too far fetched and pretty stupid.

None of us thought this movie was worth the price of admission.  We thought it wouldn’t even be very good as a rental, so we’re rating it as a don’t bother.